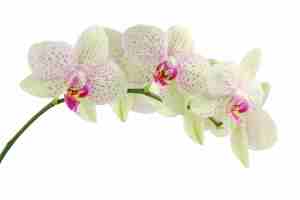 Happy Mother’s Day to all the moms out there!

I was talking with a new friend today about being a mother. With all the ways that we were different,  we bonded over a shared faith, a few shared dreams, and a shared motherhood. My children are grown and hers are still young, but we talked for nearly an hour about the amazing adventure of motherhood.

One of the things that I liked best about being a mother of two growing children was watching them become the people they were meant to be.

Now that they are grown, I can see the fulfillment of the promise they held from the beginning.

Their personalities were set from birth, it seems to me. Perhaps even before birth, based on the images I saw in their ultrasounds – where they exhibited mannerisms that continued uninterrupted after birth.

My goal as a mother was always to support them in all they were interested in, to the best of my ability, without imposing expectations of what they “should” do or become.

I didn’t push my dreams on them. None of this “you’re good in math and science, you should be an engineer, or a doctor” when I was talking to them – although I might remark to my mom, “x would make a good engineer” in an idle conversation.

Always, my approach was curiosity and wonder…wonder who they might become as they grew up.

It was like an orchid that I have. This winter, it was getting ready to bloom. The flower buds were about the size of my thumbnail for the longest time! I kept thinking, “it will bloom this week!” But then another week, or two, or three would go by, and the swollen bud would still be there.

There were subtle changes over time. The already-large buds grew bigger, and developed some vague color differences that only hinted at what was going on inside. I could wonder at what would be revealed when they opened, but I could not rush their timetable.

Occasionally, I felt impatient to see the new blooms, but I waited. And waited. And then, one day…amazing blossoms began to unfurl.

Creamy white, with purple spots, all sorts of colors hidden inside! The magnificent blossoms unfurled over the course of several days, each day more incredible than the last, until the blooms were completely exposed.

The dull colors I had seen in the bud form were only hints of the awesome colors and designs now displayed before me! The wait was worth it when I beheld the completed flowers.

What would have happened if I’d tried to open the blossom before its time?

I would have ruined it, and it never would have been able to bloom and show me what it was meant to be.

What if I had held an expectation that it should look like a rose, or a daisy, or another flower?

But by being what it was meant to be, it was a magnificent orchid flower, on display for weeks at a time.

By letting it be what it was meant to be, I could enjoy every bit of its orchid-ness and revel in its natural beauty.

In the same way, I relished watching my children grow and develop, turning into the people they were meant to be.

I love my two children, and the son-in-law I am now fortunate enough to call my own. Thank you for making me a mother, and for showing me the people you were meant to be. I love how you are turning out, and could not be prouder of the paths you are blazing for yourselves.

Keep being that orchid. You are magnificent just the way you are.